A GIFT TOO WONDERFUL FOR WORDS 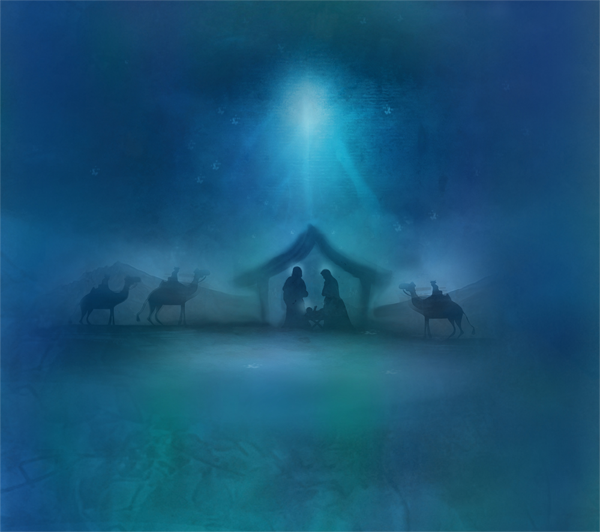 We have all received many gifts during our lifetime, but the gift that arrived on the first Christmas morning is the most wonderful and important gift of all.
The Apostle Paul said in II Corinthians 9:15 “Thanks be to God for His indescribable gift.”  Well, let’s try to.

More than nineteen hundred years ago there was a man born contrary to the Laws of Life.  This man lived in poverty and was reared in obscurity.  He did not travel extensively.  Only once did he cross the boundary of the country in which he lived; that was during his exile in childhood.

He possessed neither wealth nor influence.  His relatives were inconspicuous, and had neither training nor formal education.

In infancy he startled a King; in childhood he puzzled doctors; in manhood he ruled the course of nature, walked upon the billows as if pavement, and hushed the sea to sleep.

He healed the multitudes without medicine and made no charge for his service.

He never wrote a book, and yet all the libraries of the country could not hold the books that have been written about him.

He never wrote a song, and yet he has furnished the theme for more songs than all the songwriters combined.

He never founded a college, but all the schools put together cannot boast of having as many students.

He never marshaled an army, nor drafted a soldier, nor fired a gun; and yet no leader ever had more volunteers who have, under his order, made more rebels stack arms and surrender without a shot fired.

He never practiced psychiatry, and yet he has healed more broken hearts than all the doctors far and near.

Once each week the wheels of commerce cease their turning and multitudes make their way to worshipping assemblies to pay homage and respect to him.

Though time has spread two thousand years between the people of this generation and the scene of his crucifixion, yet He still lives.  Herod could not destroy him, and the grave could not hold him.

He stands forth upon the highest pinnacle of heavenly glory, proclaimed of God, acknowledged by angels, adored by saints as the living, personal Christ, our Lord and Savior.

We are either going to be forever with Him, or forever without Him.  It was the incomparable Christ who said:

“There is one God, and one mediator between God and men, the man Christ Jesus.”  (I Timothy 2:5)

– Taken from the Incomparable Christ by S.M. Lockridge.

LIFE LESSON:  The gift of God is Jesus Christ, our Lord and Savior who will always love us and never leave nor forsake us.  And one day He will bring us home to Himself in heaven.  For God so loved the world…  No language can praise this gift enough.  And all born again Christians said AMEN!!

We appreciate your continued prayer and financial support.  Please keep the ministry in mind as we approach this year end giving deadline.  Thank you for your faithfulness.

MERRY CHRISTMAS…from all of us at Growing in Grace Ministries.