A wise man was once asked the following question:  “When things are not working out in your life, when your prayers don’t seem to be answered, how do you fix this broken story.  The wise man answered, “You expand the story!”  Then he explained his answer with another story to drive home his point.  So here’s the story.

A young King from Africa had a close companion and friend who was always by his side wherever he went, building up the King’s ego.  He had the habit of saying, “This is good, King, this is good”, no matter what happened.

One day he handed the King a new rifle to try out.  When the King pulled the trigger, the rifle backfired and blew off the King’s thumb.  The King’s companion, being true to form, replied, “This is good, King, this is good.”  The King said, “No, this is not good!” and in his anger, the King sent his companion to prison for life.

Twenty years later the King was hunting in a place in Africa where he shouldn’t have been and was captured by some cannibals.  They put him into a pot and were ready to light the fire to cook him when one of the cannibals noticed his missing thumb.  And being a very superstitious people, never eating anything less than whole, they let him go.  As the King traveled back to his village, he looked down at his missing thumb and said, “This is good!” 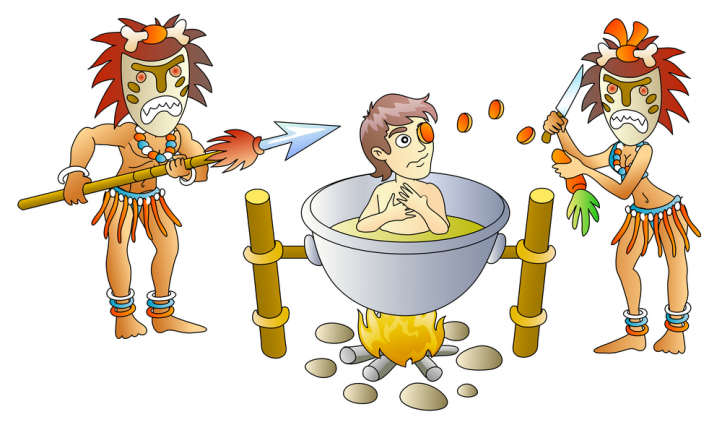 He realized that his friend was right some twenty years ago when he said “King, this is good!” So he went to prison to get his friend out and with great remorse he told him all that had happened and asked to be forgiven.  His friend said, “No, King, this is good, no forgiveness necessary.”

The King said, “How can you say this is good, you’ve been in prison for twenty years?”

And his friend said, “Because if I wasn’t in prison King, I would have been with you!”

How do you fix a broken story?  “You expand the story”, the wise man said.

LIFE LESSON:  Scripture tells us, “And we know that God causes all things to work together for good to those who love Him and are called according to His purpose.”

This is good! …Good news indeed!

Here is some more good news…He is risen indeed!

Happy Easter from all of us at Growing in Grace Ministries. We appreciate your continued prayer and financial support.  Thank you for your faithfulness.